FBC Lathrop will soon have a new home.

Our current building was constructed in the years 1914 and 1915. This historic structure in downtown Lathrop is over a hundred years old! It has been modified and added on to over the years, but it has remained our home for over a century. Starting in the early 2000’s, however, the groundwork was laid to build a new church. A plot of land was purchased (we call this piece of land the North Campus), an outdoor shelter was built, and the long process of raising funds was initiated.

Nearly twenty years later, FBC Lathrop is closer than ever to reaching our goal. Ground was broken this past summer for the foundation of the new building, and it’s expected that the shell of the structure – the beams and frame – will go up starting in spring of 2020. We are incredibly excited about this, and we look forward to the day when our services will, at last, be held in the new church that was conceived of a fifth of a century ago.

Now, although we look forward with great anticipation to the day when we will gather together in this new building, we also must realize that the Church is not a place, but rather, a people. Scripture says that wherever two or three are gathered together in the name of Jesus Christ, He is there among them (Matt. 18:20). Church goes far beyond a simple building. It is not the walls, nor is it the rooms, the roof, or even the pulpit and pews. Instead, the Church is all of God’s children coming together, worshiping Him as one, and growing nearer to Him in love and service.

These things being said, come back often to see the progress of this building which, with God’s blessing and grace, will serve as the future home of FBC Lathrop! 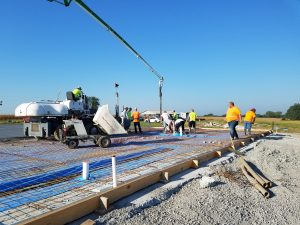 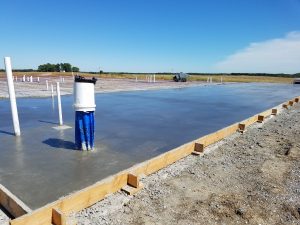 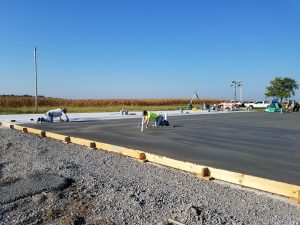